The most premiered ChromeRivals multimap-event has dropped. The Domination Event features an all out war between ANI and BCU across different maps. The objective? Obtain more cores than the opposing nation! Fight over them! Control the map!

After Domination event starts, the Domain Core, as well as Domain Protectors (turrets), have 10 minutes period, during which they can't be damaged. After that time, both nation can destroy them.

Be aware you first need to destroy all turrets to damage the core!

Nation with more damage to the Neutral Domain Core wins fight over it and gains its special controls.

The nation with the most cores, at the end of a global timer wins the Domination event. 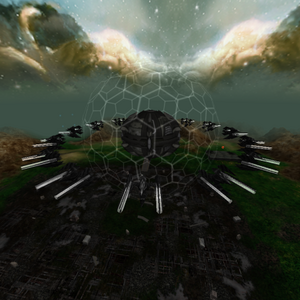 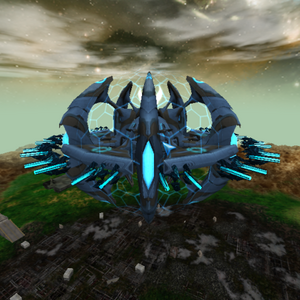 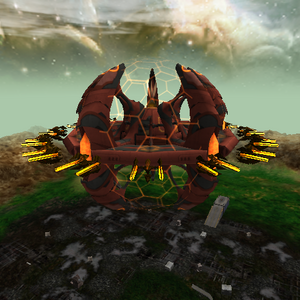 Control Tickets are items that allows you to authenticate and control the Core. They can be bought at the start of every Domination Event. Only 4 tickets are available per event.

To control the Domain you need to be Nation Leader or have Control Ticket in your inventory!

Left clicking on the Dom event icon opens up a map and GUI that allows you to do some pretty neat stuff like moving the Domain, upgrading it, snapping half enemy nation with bb, spawning more Domain Protectors(turrets) and much more. See picture.

All kills made from Core skills counts as your normal kill (Decca streak also). 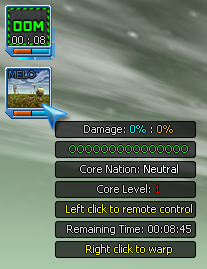 To move the Domain, open up Dom GUI and simply left click somewhere on the Map. The Domain will move there slowly. 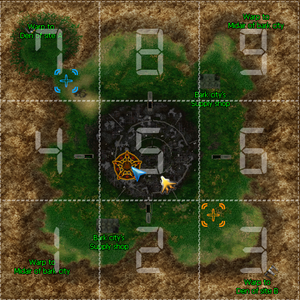